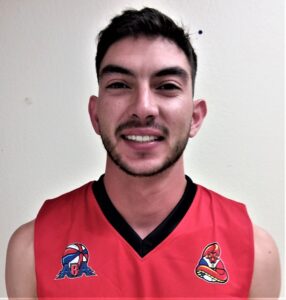 New Mexico Bullsnakes Guard, Brady Patterson, will be entering his second season with the Bullsnakes. Brady is a Rio Rancho native who played for Rio Rancho High Dchool where he was a consistent leader. Brady went on to Eastern New Mexico University where he started every game for the Greyhounds his Freshman season. During the Bullsnakes’ inaugural season, Brady played a valuable role as Point Guard filling in for injured players as the season unfolded. Brady brings outside shooting and ball handling for the Bullsnakes along with toughness and a smile. Outside of basketball, Brady loves to snowboard and work for his family business. Brady has three brothers who are also involved in basketball.