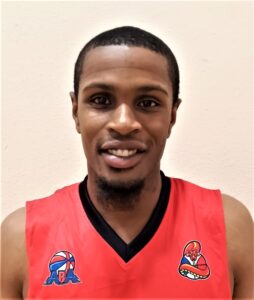 New Mexico Bullsnakes forward Jared Fuller, originally from Detroit, MI, attended Rio Rancho high school where he played all four years. Jared moved on to play for Trinidad College. Jared joined the Bullsnakes for their inaugural season where he earned a title as one of three captains for the franchise. Jared has been a positive influence for the Bullsnakes and has made key plays along with solid defense throughout the season for the Bullsnakes. Jared will be entering his second season with the Bullsnakes. Outside of basketball, Jared works full-time along with spending time on studies of the human anatomy. Jared is also an avid music lover with many musical tastes.