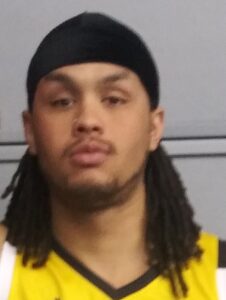 New Mexico Bullsnakes forward Jordan Jones will be entering his third season with the Bullsnakes, members of the ABA (American Basketball Association). Jordan played his high
school career at Sandia High located in Albuquerque. Jordan Jones standing 6’6” went on to play at Otero Junior College in Colorado. He finished his college career at New Mexico Highlands University winning a conference championship. Jordan has also played in the Mexican Pro League. Jordan Jones brings excitement with his personality and his high-flying athleticism. During his off- time, Jordan works on his music as a rapper with a goal of encouraging others.