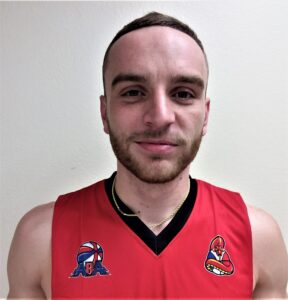 New Mexico Bullsnakes guard Josh Holmes will be entering his second season with the Bullsnakes. Josh is an Albuquerque native who played for Volcano Vista High where he served as a captain for 2 years as well as a 2-time District Champion. Josh was honored with a spot in the top 10 performers in the Southwest Showcase out of 150 players. After high school, Josh had opportunities to play at the collegiate level, but decided to part ways with the sport for personal reasons. Several years later, he found that love and passion for the sport once again and took on his professional journey in the ABA. In the inaugural season, Josh was a consistent starter for the Bullsnakes and was a key contributor on both the offensive and defensive sides of the court. Josh is also considered the Bullsnakes’ most improved player.