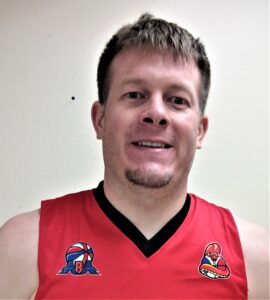 New Mexico Bullsnakes’ Forward, Mikal Monette, will be entering his second season with the Bullsnakes. Mikal is an Albuquerque native who played for Cibola High School where he holds the records for scoring, rebounding, and field goal percentage in a season. Mikal also finished his senior year of  high school as Gatorade Player of the Year. Mikal began his college playing career at the University of New Mexico and then transferred to Eastern New Mexico University for his final two years of school. Mikal has been a strong presence inside for the Bullsnakes while becoming defensive player of the year for the inaugural season. Mikal holds the Bullsnakes’ rebounding record at 23 rebounds for a single game. Mikal has been a consistent starter for the Bullsnakes throughout the inaugural season. Mikal brings toughness in the form of steady rebounding for the Bullsnakes. Outside of basketball, Mikal holds a full-time job and is avid in fitness.