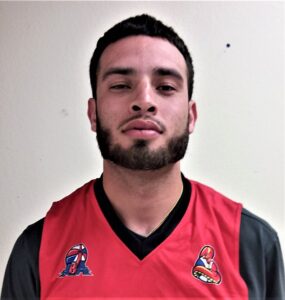 New Mexico Bullsnakes guard Seth Warfield will be returning for his second season with the Bullsnakes.

Seth is an Albuquerque native who played for Volcano Vista high school where he earned All-Metro and All-District. Seth continued his playing career at New Mexico Highlands. He finished his career at Northern New Mexico where he scored 24 points on Senior Night.

Seth joined the Bullsnakes for the inaugural season as a top shooter. Seth owns the record for three-pointers in a game at ten for the Bullsnakes. Seth provides valuable shooting from outside, and gives the Bullsnakes another solid option in the offense. Outside of basketball, Seth loves to train and work on his game. Sleep is another one of his passions.